Despite trade war jitters and a somewhat hawkish Federal Reserve, risky assets in the US extended gains last week with the S&P 500 taking home gains for the fifth week in a row, closing in on all-time highs at 2,872.87 printed in January 2018. The US Dollar kept on the bid with the trade-weighted index (the DXY) advancing for the second week in a row with the 100- and 200-week SMAs providing resistance. Despite Friday’s weaker-than-expected US Nonfarm Payrolls (out at 153k vs. 190k exp.) in the July job report, the unemployment rate improved to 3.9% as expected. EUR/USD took the downside out of the recent wedge and is with current price around 1.1560 not far from the 2018 lows at 1.1506 (printed on May 28th). Concerns over Italy’s position in the Euro zone has kept their credit spreads elevated since the new government took over which are weighing down on the Euro.

USD/JPY keeps in an overall uptrend with the pair keeping well above the daily Ichimoku-cloud.

In metals, gold has been on the offer for the past seven out of eight weeks and is approaching a major long-term trend support, currently sitting at 1,203. A close below would open up for a test of 1,120-area.

This week, Asia will take focus on the macro front with rate announcements from the RBA and RBNZ (both expected unchanged) and China is releasing inflation figures as well as FX Reserves. Japan is due for Q2 GDP. Data from Europe is quite muted, but the UK faces an interesting Friday with both preliminary Q2 GDP as well as Industrial and Manufacturing Production. 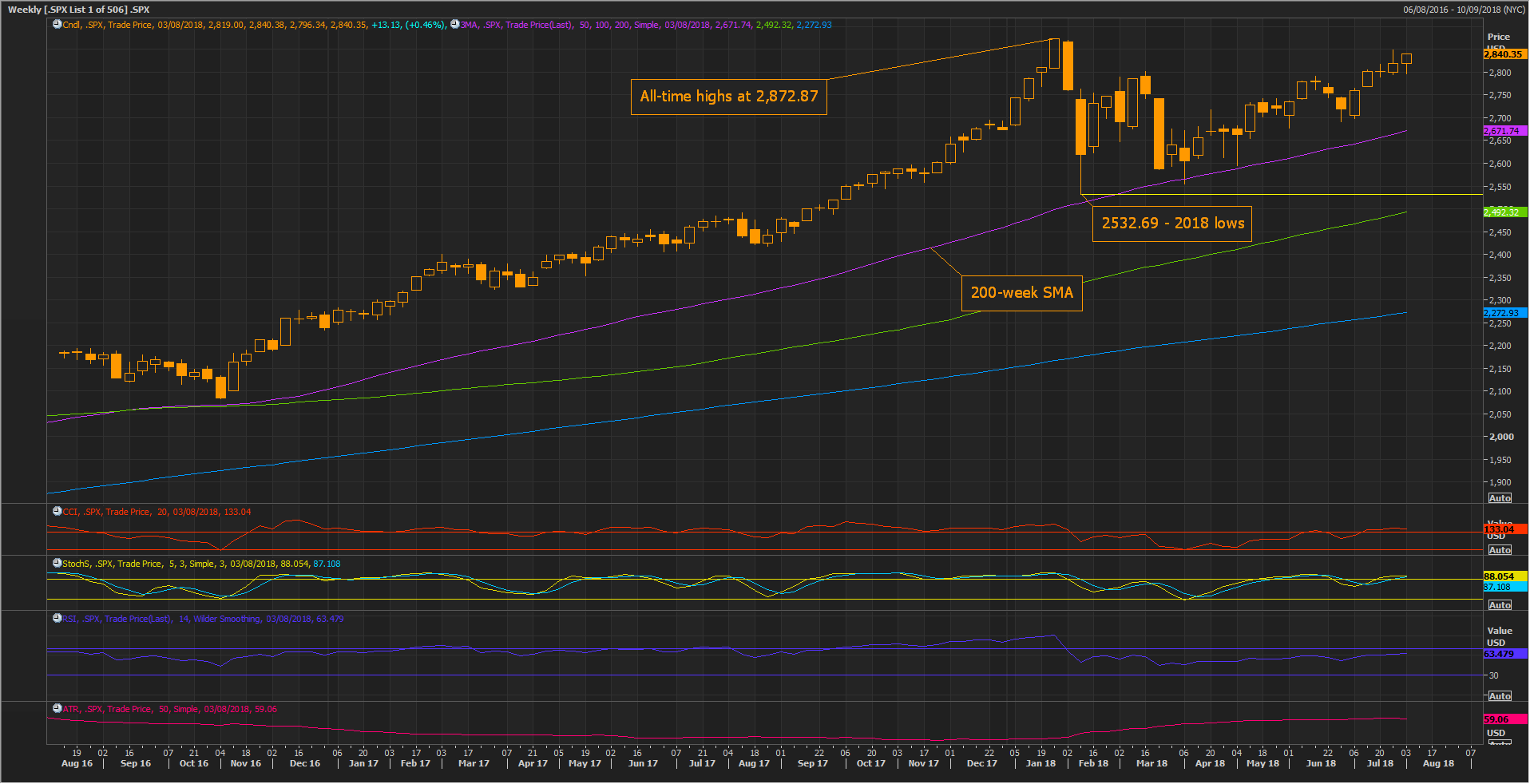 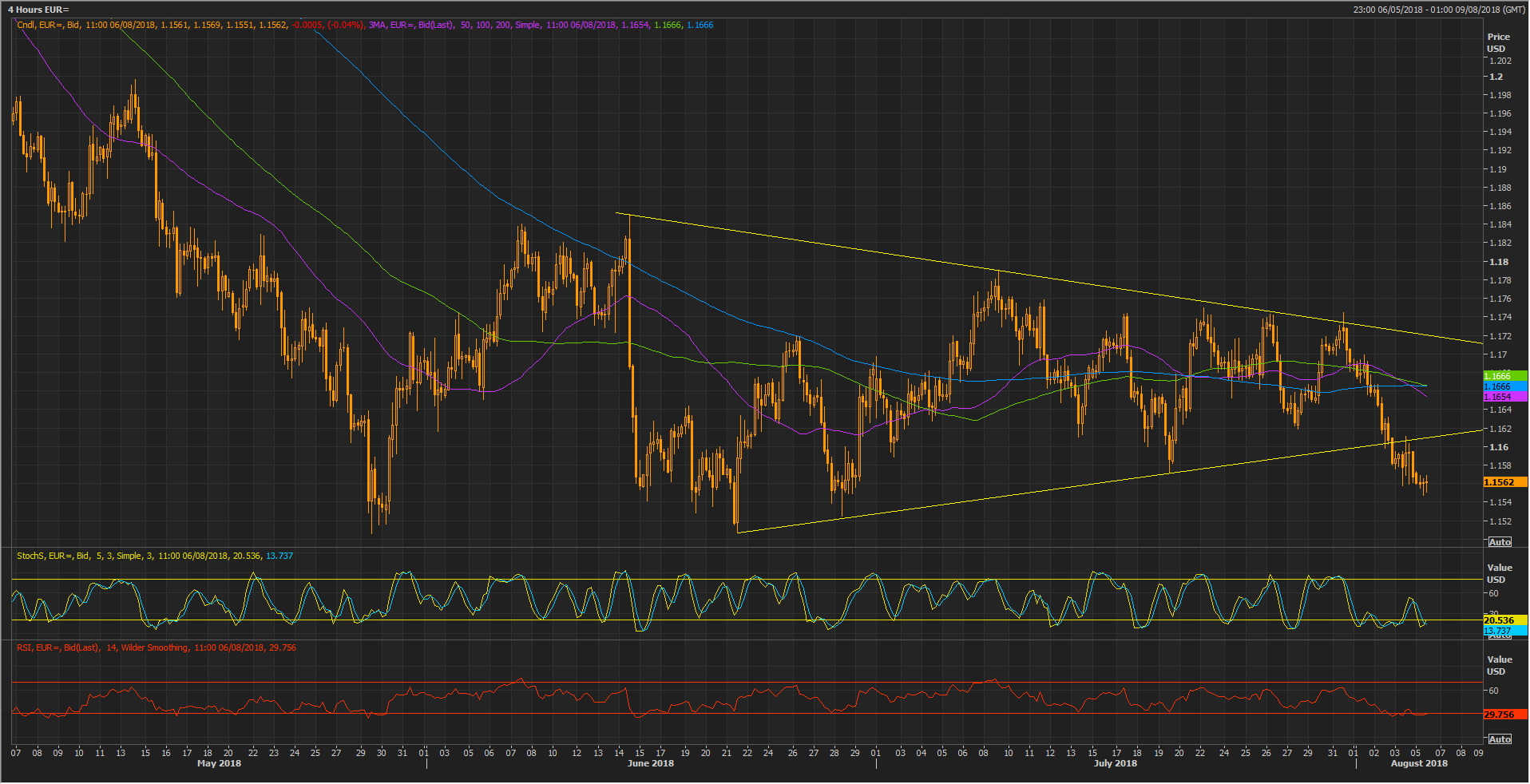 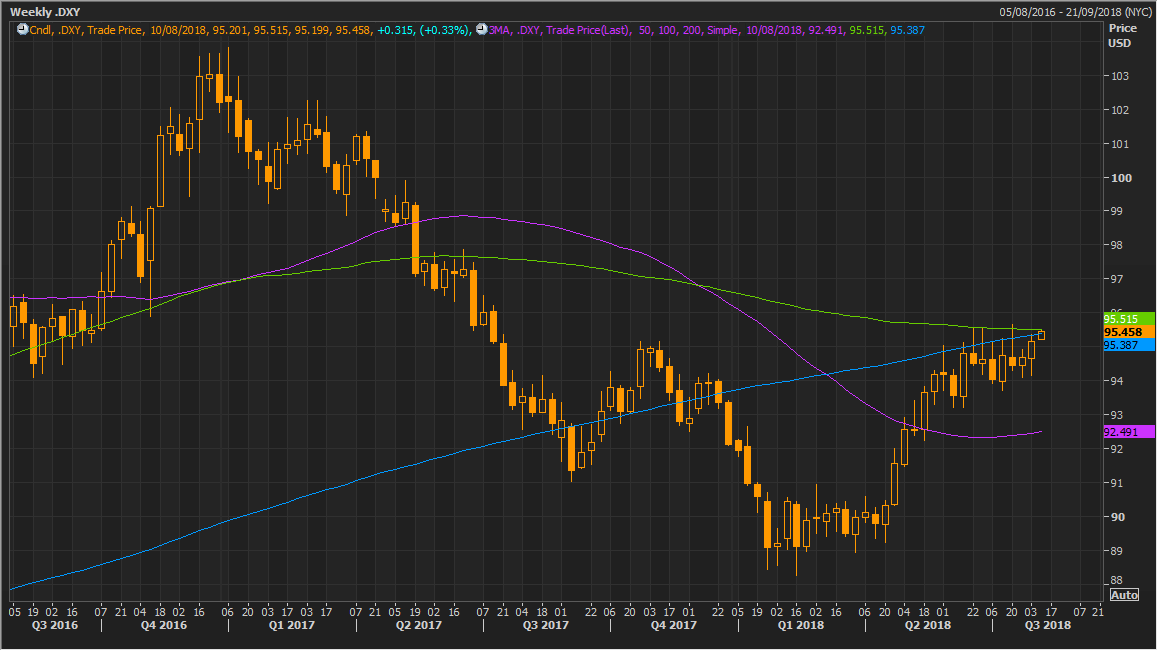 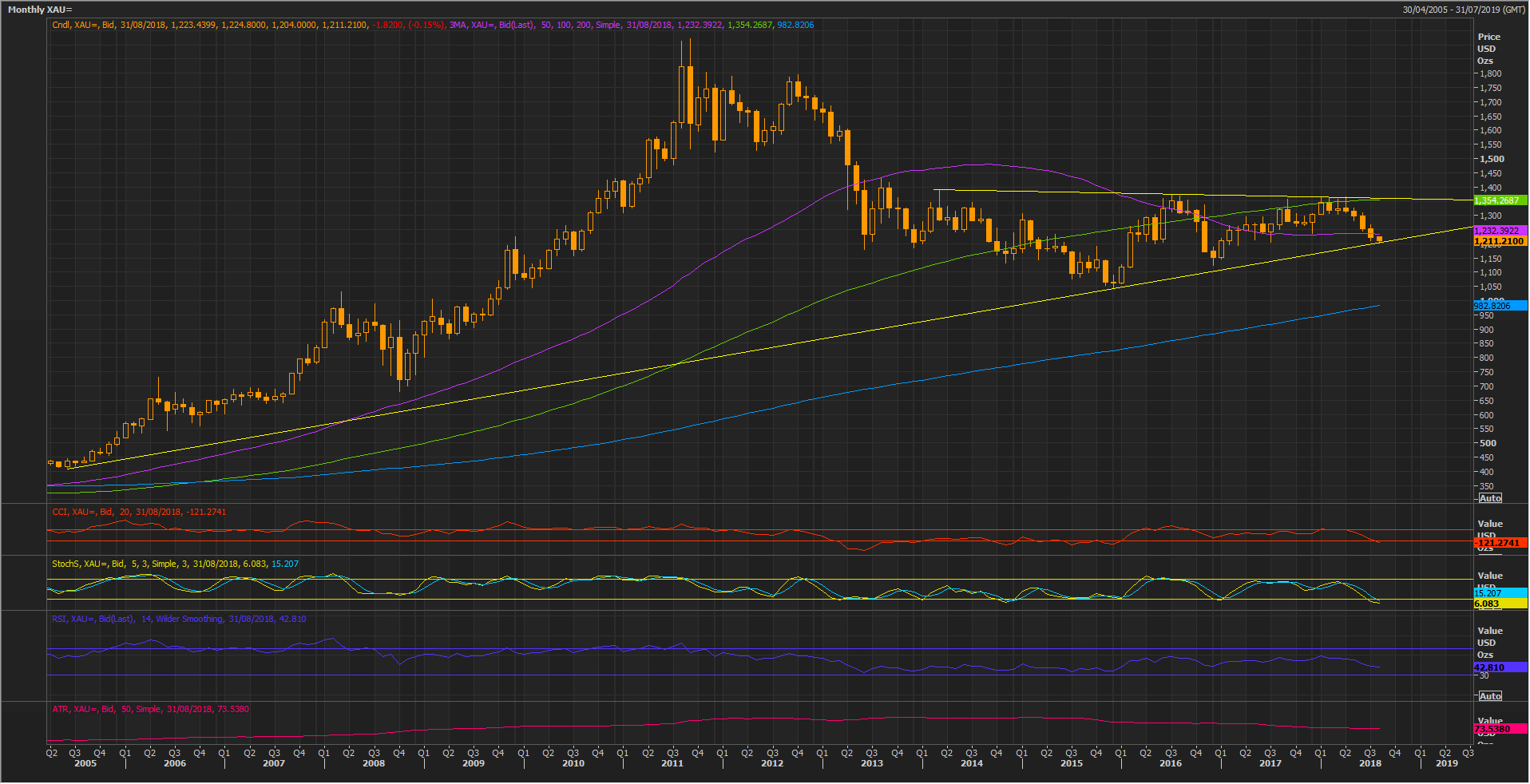